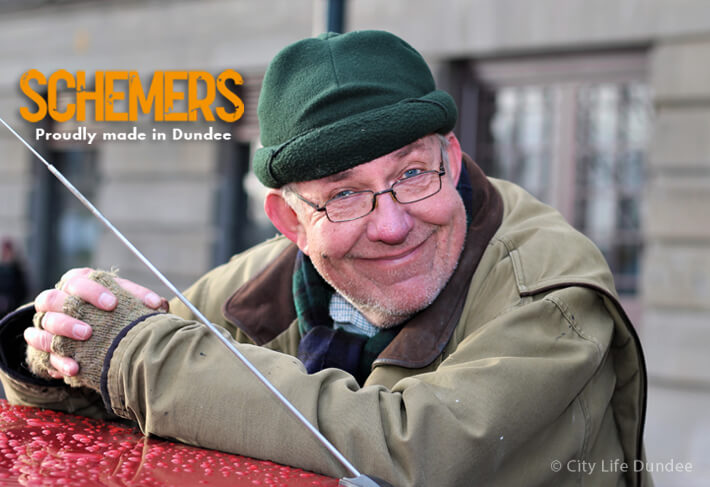 Schemers has now been officially showcased and translated for subtitles at many international film festivals, including London, New York, Mexico and Tokyo. An explosion of Dundonian dialect is about to echo around the world, especially with the final song on the movie’s soundtrack, “This World is Phuhl o’ a Number o’ Things”, which is played out during the film’s closing credits and fittingly sung by Saint Andrew, who also has a funny cameo role in the film. But, how the hell did the Japanese film-board translate Saint Andrew’s cameo dialogue, “Do eh look like eh’m wi’ the fuckin’ Maiden?” and “Eh’m only here fir the shitey pipe!”, and, even more so, what on earth did they make of The Word on The Pavey album’s cult-classic, “This World is Phuhl o’ a Number o’ Things”, written by Saint Andrew, and the late Michael Marra?!

THIS WORLD IS PHUHL O’ A NUMBER O’ THINGS 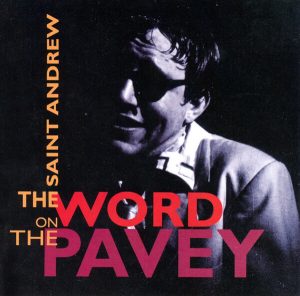 Minks and tappers come awa
Have a laugh a’ ha-ha-ha-ha-ha
Crivvens, help ma Boab and Jings
This world is phuhl o’ a number o’ things

We luckily tracked doon the patron saint of the Dundee dialect, Saint Andrew, as we had a tip off (cash involved) fae the boy that sells the Tullies ootside the Wellgate that he’s moved his caravan doon to the Dighty Burn near his old Fintry haunt. It was crucial to get a final Schemers opinion from one of the most iconic and glamorous Dundonians to have ever graced the stage at the auld Windmill Bar on the Hulltoon… and survived! 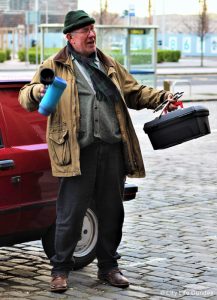 Brought up in Fintry (Fintry Shams)

CL – “Thanks for agreeing to this short interview in your lovely caravan.”

SA – “Nae bathir, as lang as eh’m back ben-the-hoose in time fur the second half o’ Corrie – pretty shair this is the nicht Roy Cropper treh’s tae neck wi’ Carla Connor. Been on the cairds fir a while.

CL – “Understood. Your appearance in Schemers was confined to a small cameo role – how did this come about?”

SA – “Coorse! Meh team, the mighty Shams, were recognised fur thir spellin’ prowess, unlike the Toddy, gie them a packet o’ Lettraset an’ the widna ken wit tae dae wi’ it. Only thing the Toddy wir ivver any guid at wiz fleggin’ the seagulls doon at the Ferry pier.” 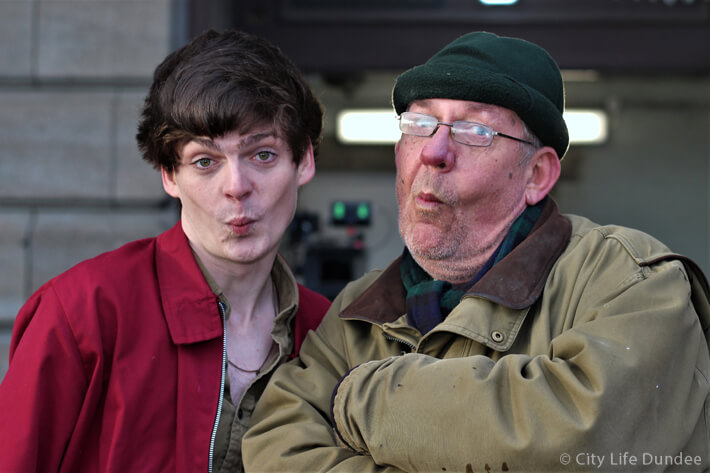 CL – “You play the part of a plumber called to the Caird Hall for an emergency call-out. Did you do anything to get into character?”

SA – No’ really. But eh did hae a quick wahnder through the plumbing aisle at B&Q tae see whut wiz whut aforehand. Ast the boy a few general questions aboot blockages an’ copper piping, but that wiz aboot it.” 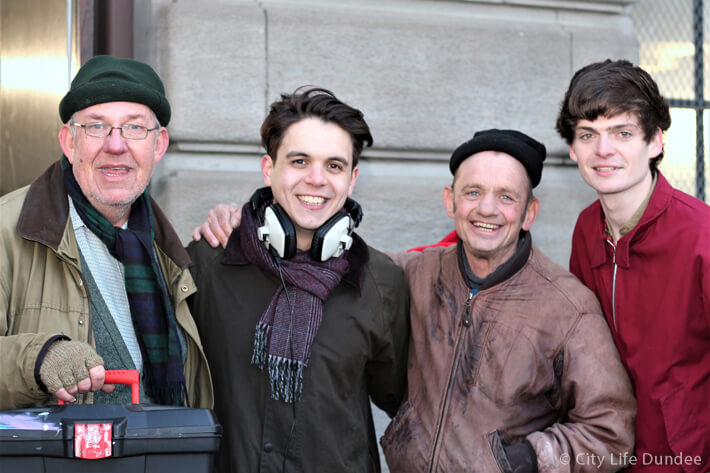 CL – “Has the glamour of movie stardom affected you in any way?”

CL – “OK, sorry! As someone who has lived through the “Stannergate Years” what effect has the likes of the V&A had on you and how do you “see” the “new Dundee”?”

CL – “Do you have a final word for your fans, friends and family?” 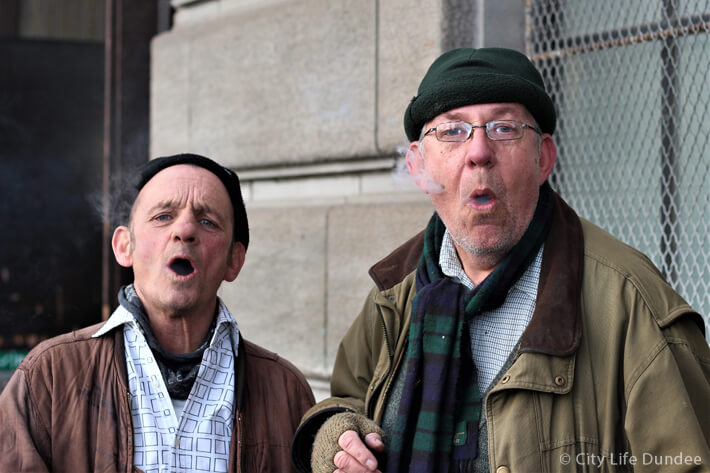 Starring in Schemers alongside Saint Andrew are a whole host of other well-kent Dundee characters including Danny Wilson legend Kit Clark; street poet and actor Kev McCabe; Gordon Morris, who has appeared in TV shows for the BBC, Netflix and AMC; and actor and writer Steve Merton. To read more about them and some of the other real-life schemers in the movie click here.

Schemers will be screened in Scottish cinemas from Friday 25th September 2020.

To go back to the beginning of this feature, click here, or use the menu below to navigate to other sections.