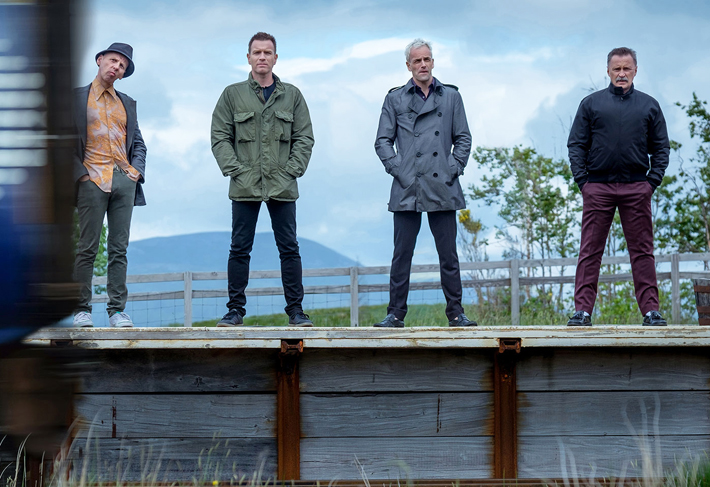 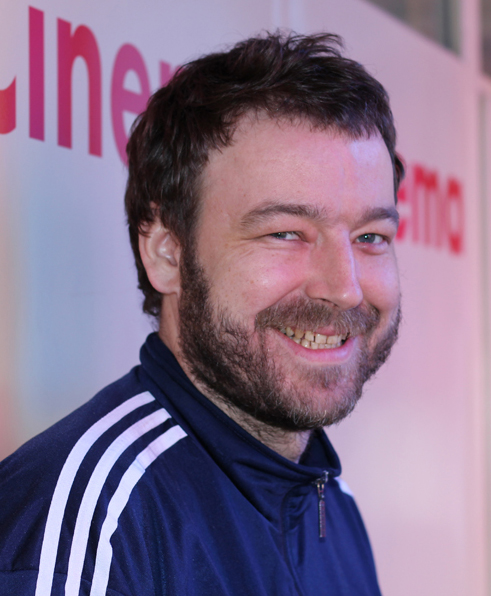 Kyle Titterton is founder of Third Floor Film, a creative filmmaking company that specialises in music videos, short films and animation. With a Masters degree in filmmaking, an Honours degree in animation and a BSc in multimedia-technology he definitely knows a thing or two about making movies.

Before I submit a review of my own, I read a lot of others. In most cases I read negative reviews. However, the mixed reviews on T2 Trainspotting this time gave me little cause for concern – if they just repeated what they’d done before then we’d be looking at a soft reboot – or a sell-out sequel. I knew they’d have to take chances otherwise the film would be completely redundant. And taking chances means mixed reviews so I was prepared for some unevenness as long as they tried something new. And bizarrely they’ve not tried anything particularly new – but in the doubling down on nostalgia they have at least shown an impressive level of self-awareness which makes it feel fresh. And, as someone who snuck into the cinema to see their first 18-rated movie at the tender age of 16, I found the nostalgia factor to be so overwhelming as to almost render my review redundant. I’ll cut to the chase right now: for all its weaknesses, and I’ll get to them, I loved it! 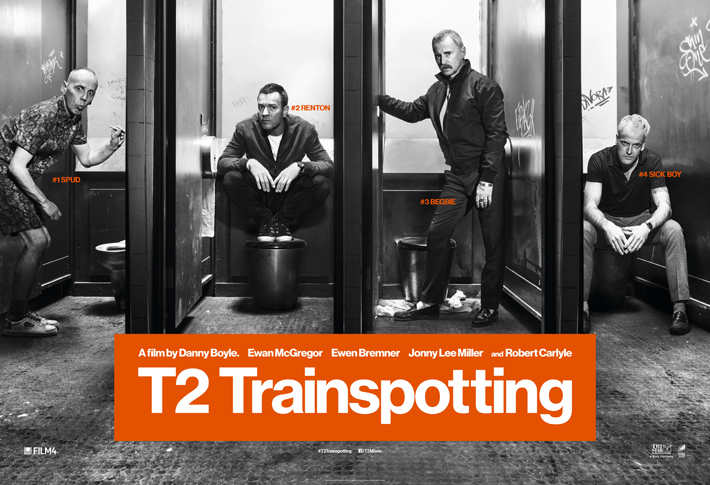 So… let’s talk about Danny Boyle. He’s making different films now. It’s obvious he peaked as a story-teller when he was younger, though his marshalling of technical skill is still astonishing. That freewheeling anarchic energy allied to story – brazenly evident in the one-two punch of Shallow Grave and Trainspotting reminds me so much of Tarantino with Reservoir Dogs and Pulp Fiction. He’s been so aped and copied, particularly in British cinema, that in many ways he’s had to strip his stylistic flourishes back and it’s refreshing to see. The cinematography is utterly breathtaking, the score is fantastic and the performances on point. This is his best film since Sunshine and his most vital since 28 Days Later. He was the one I was actually worried about the most. Phenomenally talented director – gone soft. Making big movies – without the hunger, the anger of youth, how could he approach the material with any sort of punk energy? Well he hasn’t tried. It’s a mature take on events and he’s managed to make a personal film for everyone, not just the characters. It’s about getting old. It’s about wasting your life. It’s about regret. It’s about sadness. And we’re all getting there now aren’t we? I don’t mean that our lives are sad and full of regret (though that may be true to some degree for us) and I’d venture that, in some cases, the people resistant to the movie’s charms are in denial. Getting old is essential, makes you wise, maybe makes you a better person – but it’s not cool. And looking back on your life is often a dangerously sad affair. Spud, Renton, Sickboy and Begbie aren’t the anti-heroes from the first film. They’re all broken, sad men. There is no prize to be won except for finding reason to live. Bleak stuff. Well it was a sequel to the at times nightmarish original. What did you expect? 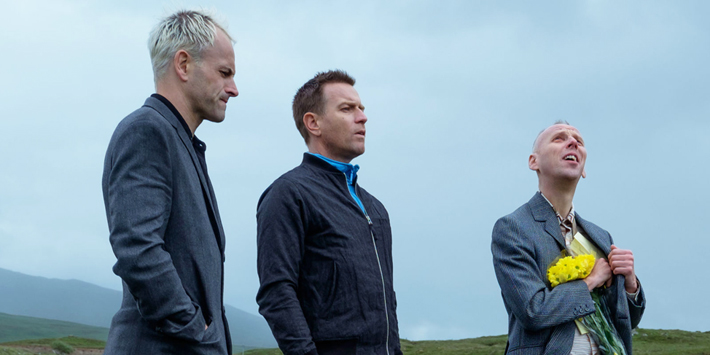 Okay so weaknesses – there’s not much plot. And if I’m taking an overly critical Sickboy approach: there’s a few confluences of coincidence too many. But it’s a film and these instances are at least fun or interesting or drive the story. We have a focused character study of four men in varying degrees of crisis and catharsis. It focuses on the betrayal that can accompany friendship but also on the ultimate healing power of these friendships even after betrayal. It’s one thing to fall out with someone but have you ever made it up and become stronger friends because of it? I have. In this day of blocking people you disagree with on Facebook or Twitter I found the idea of the dying art of redemption and reconciliation beautiful. I think that the lack of dominant female presence is a weakness though they do frame the picture. I liked Kelly McDonald’s cameo. And Spud’s missus gives an emotionally charged wordless cameo. Remember how funny their interactions were in the original? Well the reality of their failed relationship is not so funny now.

Final analysis… It’s stripped down, a little aimless in the middle but picks up pace towards the end. We were never going to get the freewheeling anarchy of the original but instead we get a fairly meditative, mature reflection on ageing, regret, sadness, pain and death; yet it still manages to be very funny in places. Performances are excellent and it looks absolutely stunning – I can’t wait to see it again to take in those incredible, expansive shots of Edinburgh again – and the soundtrack is class. I had tears in my eyes towards the end and I can’t really say why: must be the collective emotion that the film builds up throughout proceedings? Ah well, feels nice to be alive sometimes doesn’t it? It’s bitter sweet. It’s sweetly bitter. And it’s quite a rush. Four stars out of five. 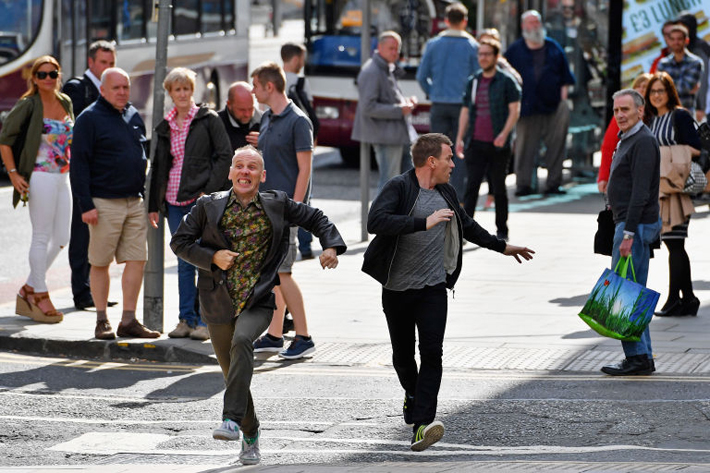