Funny People at the Fringe 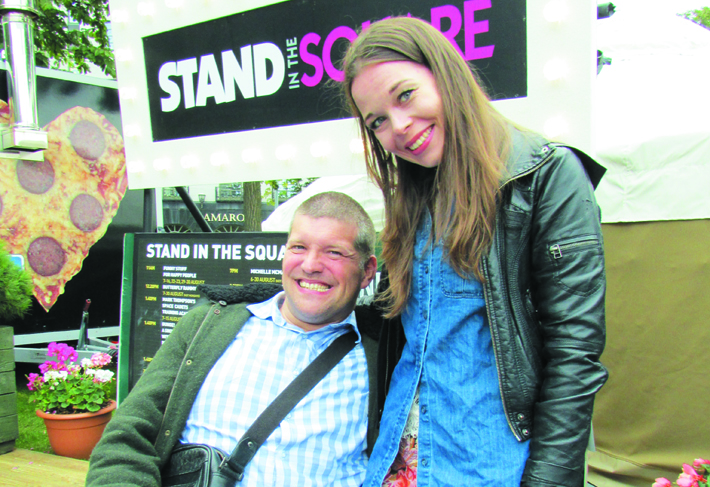 There is no place like the Fringe for watching all your favourite Scottish comedians in one place but it is also a hotbed for comedic talent from all around the globe, especially those from south of the border. After we had caught up with 2014’s Scottish comedian of the year, Bruce Fummey, we were lucky enough to chat with a few well known faces on the stand-up comedy circuit to see what they thought of this year’s Fringe Festival so far and what they had in store for their audiences. 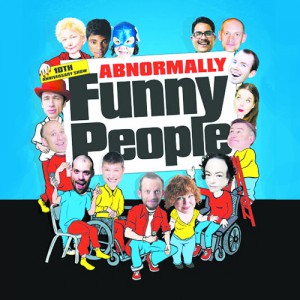 First up was wheelchair-bound funny man Laurence Clark, who talked about his new show with the comedy group ‘Abnormally Funny People’. The internationally acclaimed comedian, writer and actor who has cerebral palsy has made many television appearances including BBC 2’s ‘Are You Having A Laugh?’ and was even the subject of a recent BBC 1 documentary ‘We Won’t Drop the Baby’. In his latest Fringe show, the cheeky Liverpudlian uses observational comedy and hidden camera footage to demonstrate the endearing naivety and ridiculousness of human behaviour by seeing the world through his eyes with humour and warmth.

We were next introduced to Juliette Burton, a multi award winning actress, writer, performer, ex-BBC broadcast journalist, and one of the funniest female comedians on the stand-up circuit. We talked about her new ‘docu-comedy’ show ‘Look at Me’ in which she interviews various people who might appear to look normal but then have some hidden secrets, as well as using the skills of a prosthetic makeup artist to dramatically transform her appearance. From being fat to being thin, dressing sexily to wearing the hijab, being elderly, obese, nude, and even being a man, all in an attempt to answer “whether who we appear to be is who we really are? And if we can change who we are on the inside by changing who we appear to be on the outside?”

Juliette is a supporter and ambassador for numerous mental health and eating disorder charities as well as working with organisations such as the facial disfigurement charity Changing Faces and the body dysmorphic disorder charity B.O.D.Y. 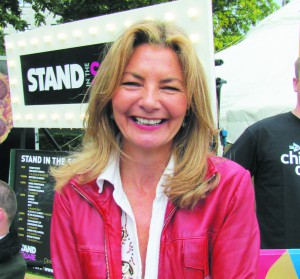 Television regular Jo Caulfield, who has appeared on ‘Mock the Week’, ‘Never Mind the Buzzcocks’, ‘Michael McIntyre’s Comedy Roadshow’, and ‘Have I Got News For You’, was also more than happy to stop for a moment with City Life. The Welsh born comic with razor-sharp wit, who has written for many comedy greats including Graham Norton, Ruby Wax and the late Joan Rivers, was performing her new sell-out show ‘Awkward Conversations’, in which she “recounts hysterical arguments and embarrassing misunderstandings. Answers she wishes she’d given and things she wishes she’d never said!”

Finally we had the good fortune to be invited to see one of England’s brightest up and coming stars, Yorkshireman Rob Mulholland, performing his ‘Blurred Minds’ show with his energetic Scottish comedy partner, Monty Burns. This is the very first year that six-feet-seven tall Rob, has brought his show to to the Fringe and these two performers were genuinely just having a laugh with their anarchic party style of hilarity. They were the yin and yang of their own ‘blurred minds’. Rob, the high octane, fast talking, audience-hungry funny man, and Monty, the dark Caledonian who would pull you into his comedy from the deep side. What a laugh! 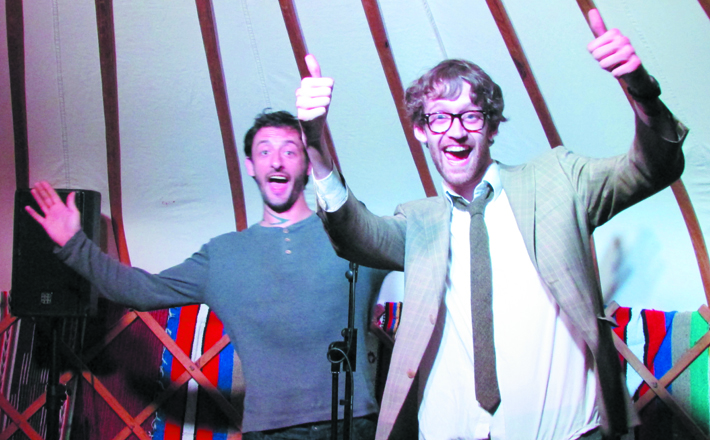 For more information about any of these fantastic comedians visit: