The Benefits of a Little Sunshine 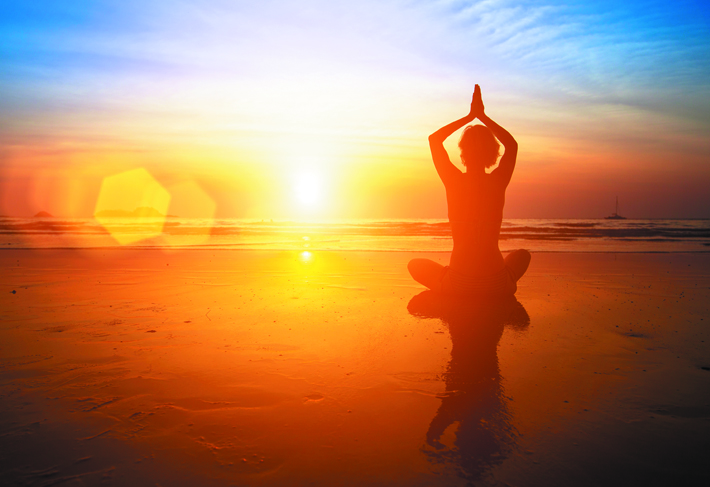 The dangers of over-exposure to the sun’s rays are well known, but did you know that using more sunscreen than is necessary could actually be bad for you?

Evidence of sun worship can be found throughout most of recorded history, its light endowing the world with life and love by chasing away darkness and providing warmth. These cultures were not only aware of its life-giving powers but also of its healing and curative effects. It is only in more recent years that we have learned to be more cautious. However could our concerns be causing us more harm than good and could we learn a thing or two from our ancestors?

Known as atapa snana in India around 1500 BCE, the healing science of the sun was harnessed using surya namaskara the practice of “saluting” the sun through a series of yogic poses. Originating from the Vedas, ancient Hindu texts, these poses are still widely used in modern yoga and are believed to purge the body and spirit of disease by promoting good health through physical exercise and mindfulness.

The ancient Egyptians were aware too of the beneficial powers of the sun. They recognised its ability to break down living materials, using its radiation to disinfect and prevent disease. While in ancient Greece, often considered the birth place of modern medicine, many diseases were treated by exposure to the sun. The practice was named heliosis; after Helios, the god of the sun; and they even built specially designed structures devoted to sunbathing known as solaria.

The best known benefit of sunshine is the production of Vitamin D which is essential for many functions including: strong bones and teeth, supporting the immune system, digestive health, losing excess fat, optimal brain function, protecting against Alzheimer’s and brain aging, decreasing symptoms of asthma, and protecting against cancer. Other benefits include:

However, there are many known dangers of too much sun and any exposure should be done slowly and with caution. If you are not used to the sun then your skin will be more sensitive to it and you should slowly build up your tolerance to avoid sunburn.