Scotland’s Mither Tongues: Past, Present and Future: Part I 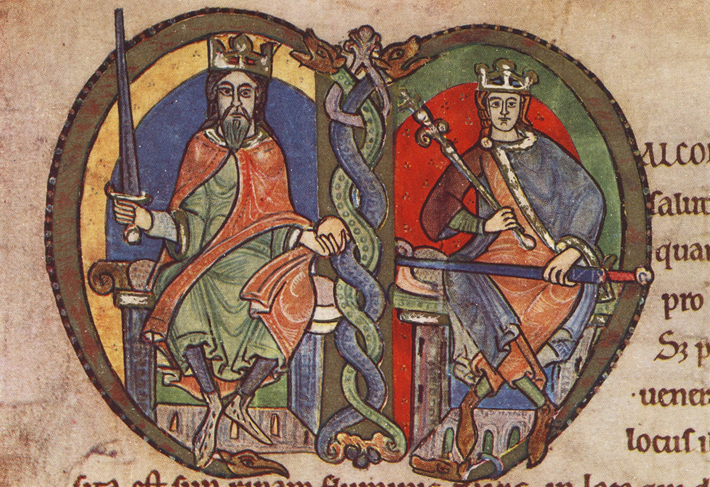 And their judges spoke with one dialect,

but the condemned spoke with many voices.

And the prisons were full of many voices,

but never the dialect of the judges.

And the judges said:

Hamish Henderson was the outstanding Scottish folklorist of the twentieth century, and, through his rediscovery of our native ballad tradition, pioneered the Scottish folk revival of the nineteen sixties and seventies. It was also Henderson who championed Mary Brooksbank, describing her as ‘a heroine of the working class movement in Dundee, and a free spoken, free-thinking old rebel’, whose blending of contemporary song and verse with ‘the old Scots radical tradition… [was] a really remarkable exploit’.[2]

By ‘discovering’ Brooksbank, Henderson also answered a question that had long vexed him – what happened to our urban folk culture? The answer was simple – it had been under the noses of the Scottish intellectual classes all along, but, in the true spirit of the ‘Scottish cringe’, they had steadfastly refused to acknowledge its existence, let alone recognise it as a vibrant art form. 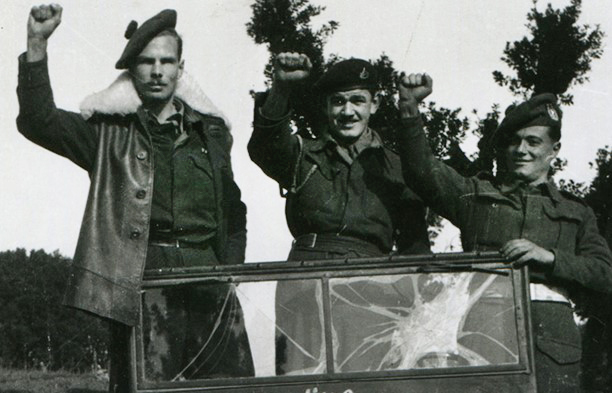 Hamish Henderson, on left, with comrades on campaign in Italy.

We should be grateful to Hamish Henderson, but we owe a huge debt to Mary Brooksbank for opening a window on Dundee’s distinctive contribution to Scottish folk culture. The ballads of ‘oary’ Dundee that were still then being sung in the city’s pubs and tenements were often marked by a wickedly dark humour, as in ‘I’ll Awa Hame’ – as sung by the noted pub singer Annie Watkins, described by Martyn Bennet, the noted folk and electronic musician, as having a voice ‘not of an angel, but of the power of a small PA system.’[3]; 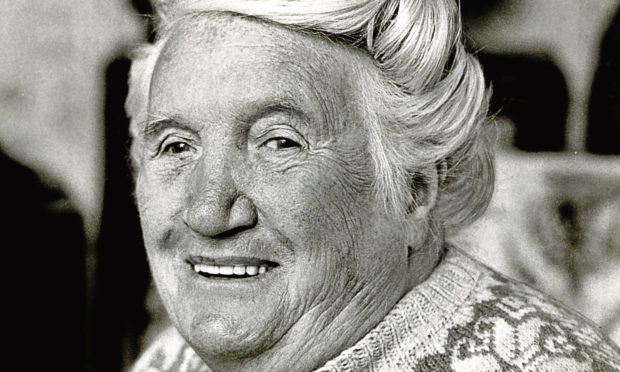 I’ll awa hame to ma mother I will,

She keeps a wee shop at the tap o’ the hill,

An’ she sells a wee drappie at sixpence a gill.

She skelps ma face an’ she pu’s a ma hair,

By bringing the ‘oary tongue’ to light, Brooksbank and Henderson also reminded the emerging folk scene of the urban roots of the ‘mither tongue’, as a language of trade and commerce, the voice of the early Scottish burghs that were established with special trading rights and privileges, from the eleventh century onwards by a succession of Scottish kings. Up to that time, Gaelic had been the dominant language in an emerging medieval nation marked by linguistic diversity and widespread multilingualism: Pictish was still spoken in isolated pockets in the north-east; Brythonic, or early Welsh, in the Strathclyde valley, and the Angle-Norse tongue of the Lothians and south east Scotland. Lacking a native urban tradition, and, hence, the specialist skills necessary to develop and administer the burghs, generous incentives were granted to English, Norman, Scandinavian, and particularly Flemish tradesmen and merchants to settle in Scotland.

Although the earliest references to this new emerging language describe it as ‘Inglis’, a recent study has pointed out that whilst ‘Northumbrian Middle English is thought to have strongly influenced Lallans’, this does ‘not explain the Norse vocabulary [within early Scots], given the conventional view that Northumbrian English was supposed to be West Germanic’.[5] Stephen Oppenheimer also claims that Pictish could have been heavily influenced by cultural, social and exchange links with Scandinavia, which long predated the ‘Viking’ era, and that Pictish may even survive as a substratum in modern Scottish dialects, a view first seriously posited by John Jamieson, the pioneering nineteenth century Scottish linguist.[6]

If we are to take Jamieson and Oppenheimer seriously, what became Scots should be described as an urban lingua franca, heavily influenced by Norse, but which also drew on the Angle tongue of Northumbria and south east Scotland, and, indeed, on vocabulary from all of the languages spoken by the new arrivals in the early Scottish burghs, as well as gathering into its folds elements of all of the other languages of early medieval Scotland, and of the British Isles as a whole.

The names of many of the new medieval burghs, particularly on the east coast, reveal themselves as a mixture of Welsh-Gaelic, such as Arbroath, or aber brothac = ‘mouth of the boiling, or scabby, stream’[7], whilst a cursory examination of any Scottish dictionary reveals the wide influences on early Scots; from Gaelic: ben, loch, strath, glen, craig and bog; from Norse (some shared with Northumbrian): brae, lass, midden, lug, flit, big (build); from Flemish, dub, golf, loon, kirk, howff and scone; from French, vennel, port, baillie, ashet, cowp and jigot.[8] The Scots language grew out of urbanisation, as distinct from the Gaelic of the rural peasantry, and, as urbanisation spread, its cultural and social influence on the rural hinterlands increased, so, the fortunes, and use, of Gaelic waned. 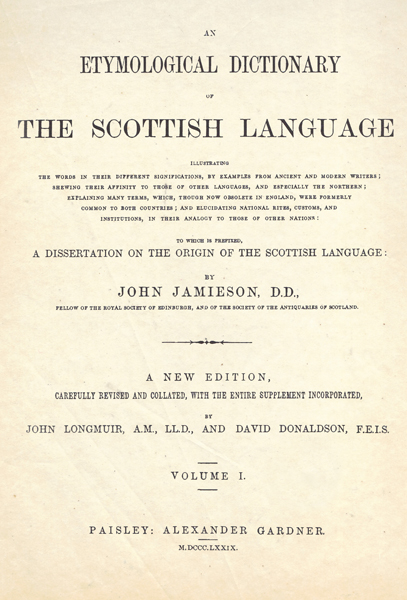 By the fourteenth century, Scots had progressed from being the main language of trade and commerce to become the national language of literature and of law. It entered a golden age of linguistic development, borrowing widely from Europe, encouraged by increasing contact between the Scottish church and different religious orders in the Low Countries and Germany and France – it was during a period of heightened French influence in the early sixteenth century that many, what are now seen as quintessentially Scottish, terms and words were first introduced, such as gardyloo, Hogmanay and caddie, and when Dundonians started to refer to ‘cundies’ (drain) and ‘cassies’ (paving stone) from ‘conduit’ and ‘chaussee’, respectively.

The Scots and English languages continued on their separate paths, encouraged by the extreme hostility that, from the fourteenth century onwards, regularly characterised Scottish-English relations, so that by the sixteenth century the differences between them were greater than existed between Danish and Swedish and Portugese and Spanish. Scots was by this time recognized throughout Europe as a distinctive literary language, and the development of the Reformation only added to its reputation. Dundee became a major battle ground in the literary war waged between the Scottish reformers and their catholic opponents. One of the earliest and most influential of these works, The Buik of Guid and Godlie Ballates, was published in Dundee in the early 1540s by the remarkable Wedderburn brothers, comprising John, James and Robert. Despite being intended as a portable prayer book for clerics and the lay nobility, the Godlie Ballates drew on and adapted contemporary street songs in Dundee to ram home its central message that the established Church was mired in moral corruption;

The vicar (thocht he was pure)

Behuifit to haif as mony.[9]

The Godlie Ballates were taken up and championed by the reformed Council of the Scottish Kirk in 1549, and would continue to cast their spell on future generations of reformers – an incredible transformation for songs and tunes that began life as the ‘profane’ street ballads of ‘vulgar’ Dundee. This period marked the high point of the fortunes of the Scots language, but, within a few decades, the story would be very different.

Following the Union of the Crowns in 1603, the Scottish royal court disappeared and with it the Scots speaking courtiers, ‘makars’, or poets, philosophers and musicians. James VI, who was himself a native Scots speaker and highly skilled practitioner of literary Scots, rejected his ‘mither tongue’ and enthusiastically embraced anglicisation. His example was enthusiastically copied by many of the Scottish elites who followed him south, often as a means of social betterment and acceptance by their more affluent English counterparts.

The early eighteenth century witnessed the Union of the Parliaments, of 1707, and as the new century unwound Scots disappeared as a full language, its vocabulary, grammar and pronunciation being increasingly displaced by standard English – a process fueled by the rapid growth of societies such as the ‘Fair Intellectual Club’, which aimed to rid the educated young ladies of Edinburgh of the ‘vulgar Scotticisms’ that still marked their everyday speech. It was also during this period that the practice of sending sons to be educated in England reached its height amongst Scottish elites, whilst hordes of elocutionists beat a path towards the drawing rooms and literary salons of Enlightenment Edinburgh. Even so, the emerging Scots-English of the self-styled ‘Scoto-Britanes’ remained impervious to the removal of all Scotticisms, which were ancient in origin, comprising features such as habits of rhythm and intonation.[10]

To read part tow of this article, click here. 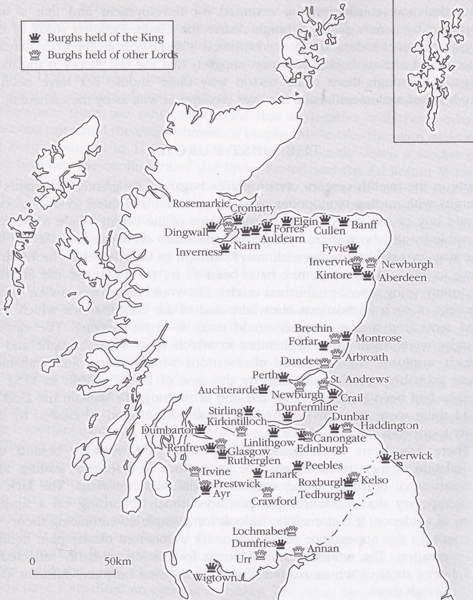 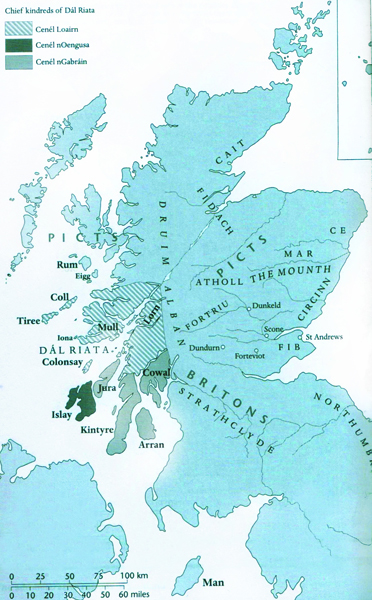