The Origins of the Picts – Part 1 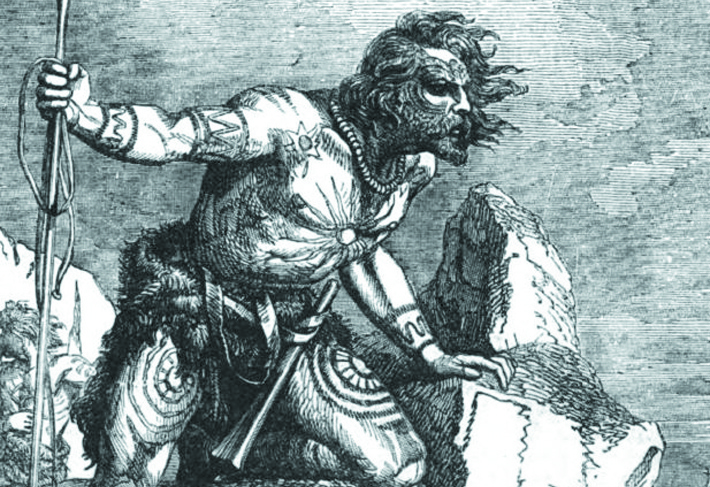 In 1955 the archaeologist and historian, Francis Wainwright, published his ground-breaking study, The Problem of the Picts. He described these enigmatic people as the first British nation to emerge from the tribal societies of the late Iron Age, whose name may be Latin for ‘painted ones’, or, as now seems more likely, the Latin form of a long forgotten native name. Whilst several of the questions posed by Wainwright have been answered, some, as to the origin, ethnicity and language of the Picts remain largely unanswered or mired in controversy. In this article, we will look at the origin legend of the Picts, and how this legend fares when set alongside the latest developments in DNA analysis and the known history of the Picts. 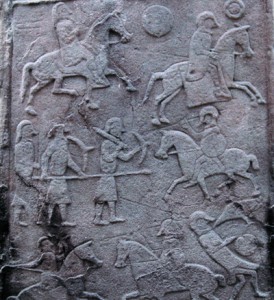 As with so many aspects of Pictish studies, the question of their origins runs up against the virtual lack of any written Pictish sources. They did not develop an equivalent to the Ogham and Runic scripts of Ireland and Scandinavia respectively, northern European tribal societies that, like the Picts, never experienced the full force of extended Roman occupation. The lack of a written form of Pictish means that there are few, if any, instances of Picts speaking on their own account. The earliest written origin legends of the Picts date to the so-called ‘early historic period’ (from 5-700 AD), and were written by Christian scribes of Irish, Welsh or English origin who often viewed the Picts in very hostile terms, as ‘pagans’ or ‘apostates’, or else as recent converts to Christianity who still clung to barbarian ways. 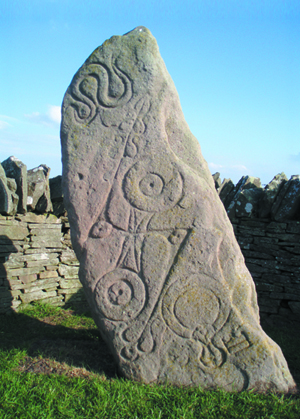 One of the earliest, and fullest, accounts of the Picts comes from Bede in A History of the English Church and People (HECP). Writing around 731, Bede explained that ‘there are in Britain…..four nations and five languages – English, British, Scots, and Picts…[with] all united in their study of God’s truth by Latin.’ (Bede, HECP, p.38.) Bede then describes how the original Britons travelled from Armorica (Brittany), occupied the southern parts of Britain, before spreading northwards and possessing ‘the greater part’ of the island. Long afterwards, the Picts made their appearance in a small fleet of longships that, Bede tells us, had sailed from Scythia. Driven by ‘storms around the coasts of Britain’, the Picts arrived at length on the north coast of Ireland, the homeland of the Scots, ‘from whom they asked for permission to settle; but their request was refused.’ The Scots, however, advised the Picts that ‘We know that there is another island not far to the east, which we often see in the distance on clear days. If you choose to go there, you can make it fit to live in; should you meet any resistance, we will come to your help.’ The deal was struck and the Picts made for the east, but not without asking for a further favour from their would-be neighbours, ‘Having no women with them these Picts asked wives of the Scots, who consented on condition that, when any dispute arose, they should choose a king from the female royal line rather than the male.’ (ibid, p.39.)

According to Bede, the Picts were a ‘Johnny come lately’ people who arrived when the greater part of Britain was already extensively settled. Although the Picts were not identified as a distinctive nation until 297AD, when a Roman writer, Eumenius, described them as enemies of Roman Britain whose homeland lay north of the Forth-Clyde isthmus, their origins in Britain are actually much older than Bede could ever have imagined. In his account, Bede is quite definite that the Picts originated from Scythia, located around the shores of the Black Sea, and, in a recent breakthrough, DNA analysis has confirmed this key aspect of Bede’s origin legend and challenged those historians who were often dismissive of his tale. The area around the Black Sea has been identified as one of two major Ice Age refuges, the other being in Spain, which allowed humanity to hold out against the deep freeze that blanketed Europe up until around 15,000 years ago. 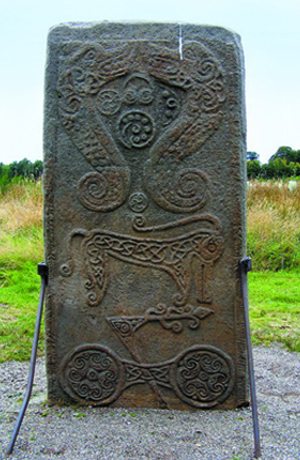 Stephen Oppenheimer, author of The Origins of the British, has plotted this post-Ice Age migration into northern Scotland via Scandinavia, and has identified an important DNA marker, J1B1, that arrived ‘during the late Mesolithic or when the Neolithic finally arrived in Norway around 6,000 years ago’ (Oppenheimer, Origins, pp.216-17). According to Oppenheimer, the area of ultimate origin of the J1B1 marker – which is shared by 5-14% of the present population of northern Scotland and its offshore islands – is the near east, corresponding to the area claimed by Bede as the original homeland of the Picts.

It appears, then, that Bede’s origin tale describes real events; a mass migration, or, rather, series of migrations, from the near east through northern Europe into Norway before ending with the arrival of the migrant streams in northern Scotland in the centuries around 4,000BC. The arrival of these people coincided with the introduction of farming and the emergence of the sophisticated Neolithic society that, a few hundred years later, would build the stone-age wonders of Skara Brae, Maes Howe and the Ring of Brodgar.

In the next article, we will further examine the pre-history of the people of northern and eastern Scotland, and examine how and why they came together to form the first nation of the British Isles.

To read parts 2, 3 and 4 of this series please click the links below: