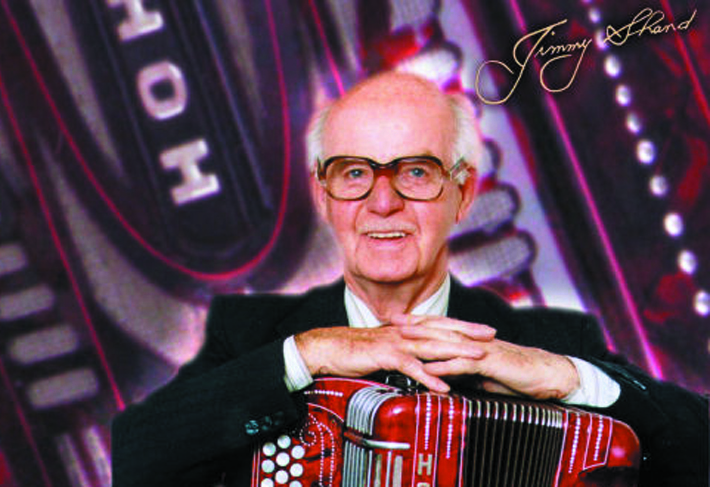 The name Jimmy Shand is world renowned, especially in Canada, America, Australia and New Zealand, where the Scots diaspora, still to this day, ceilidh dance to his famous chart topping ‘Bluebell Polka’. Thanks to traditional folk singer Sheena Wellington and her ‘Friends of Wighton’ team, ‘The Jimmy Shand Collection’ has found its permanent home here in Dundee, the place where Jimmy bought his first ever accordion from Charles Forbes’ music shop, and also where the late Sir Jimmy worked and raised his family.

We caught up with Sheena Wellington, traditional folk singer and honorary librarian at the Wighton Centre… 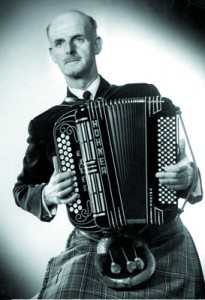 “Jimmy Shand was world renowned as a player, composer, band leader and innovator. Less well known is that he was also a discerning collector of old music books. Friends of Wighton bought ‘The Jimmy Shand Collection’ at auction and we are now raising money, through events, applications to funding bodies and trusts, and crowdfunding, to have the volumes conserved so they can be on display at Dundee’s Wighton Heritage Centre and used by musicians, scholars and the community.”

“Our initial crowdfunding target is £5,000 and when you contribute through our crowdfunding page your name will be entered on a role of honour. There are also some wonderful musical treats available depending on the amount donated!”

City Life also spoke to Sir Jimmy’s son, also called Jimmy, now based in ‘The Proclaimers’ heartland of Auchtermuchty. We had a wee blether about his upbringing in Lochee and his father’s working life at Forbes Music. Jimmy spoke fondly of his family life in Dundee and was proud of the Dundonians for holding onto their Scots dialect and culture for so long. He was especially happy that his father’s music collection was to find its home back in Dundee; “I am delighted for Dundee!”. Jimmy was also excited about the new riverside skyline developing; “Dundee’s waterfront skyline, once it’s finished will look great!”. 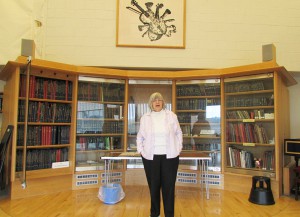 The purpose built Wighton Heritage Centre, in Dundee’s Central Library, is home to the internationally important Wighton Collection of old Scottish music books. Mostly dating from the 18th and early 19th centuries, they were left to the people of the city by merchant, musician and collector, Andrew James Wighton. The Centre also houses other important music books and collections donated over the last 150 years. Because of their age, and their varying histories, most of the books require conservation work before they can be put on display in the centre.

The Friends of Wighton team organises concerts and classes in the Wighton Centre, Dundee, to help raise awareness of this wonderful resource. So get involved and let’s all help these wonderful collections come to life!

Contributions to the Jimmy Shand crowdfund can be made at: www.friendsofwighton.com 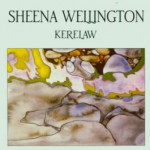