A Wee Dander to Mother Glasgow 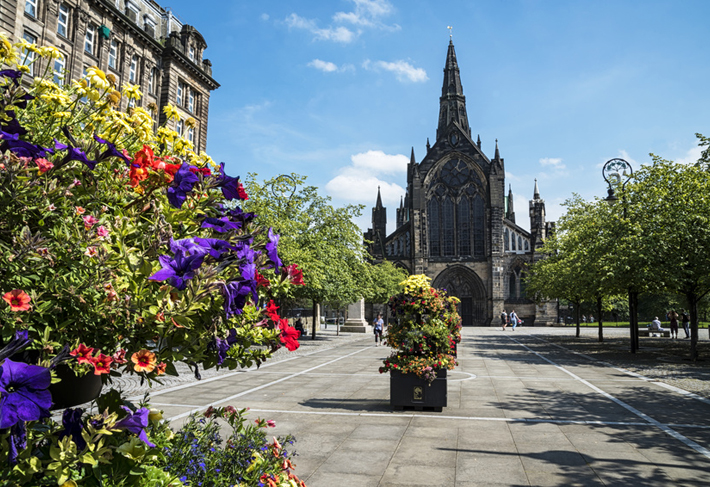 “In the second city of the empire, Mother Glasgow nurses all her weans.”

So true, the late Michael Marra was. Glasgow nurses Scotland’s biggest population and was once the major industrial and economic powerhouse of Scotland. A wee trip through to ‘Mother Glasgow’ is a great way to soak up a bit of that Scottish history and architecture, and a great way to enjoy Scottish culture at its best. Healthy walks, retail therapy, delicious dining, and drinking, places to relax, and plenty of entertainment are all on your doorstep.

“I dreamed I took a dander with St Mungo to try to catch a fish that could’nae swim.”

It is so easy to have a dander through Glasgow especially on a bright, crisp autumn day. Start a day trip with an early breakfast in the West End on Byres Road. Then have a wander up to the botanic gardens to see the newly restored Kibble Palace for a wee morning coffee. Then a walk through the vibrant Woodlands area will take you to Kelvingrove Park, where you can view the architectural splendour of the Glasgow University building before reaching the Kelvingrove Museum. Then it’s an easy saunter into the city centre via the Charles Rennie MackIntosh Glasgow School of Art, where you will find a shopping paradise and an abundance of great places to stop for a bite to eat. Walk off your lunch with a wee afternoon stroll over to the historic Merchant City for some designer and boutique shopping. From there it’s easy to stroll over to St Mungo’s Museum and even take in the medieval Glasgow Cathedral district. Then head back to the Merchant City where a wealth of quality eateries, bars and restaurants invite you for dinner. Glasgow’s vibrant nightlife entertainment then awaits you. Glasgow is no longer the second city of the empire but it’s definitely the flourishing cultural and entertainment capital of Scotland.

“For the tree and the bird and the fish and the bell, let Glasgow flourish!”

Glasgow Botanic Gardens is an arboretum and public park, located in the West End of Glasgow. It features several glasshouses, the most notable of which is the Kibble Palace. The gardens were created in 1817, and are run by the Royal Botanic Institution of Glasgow. The site was once served by a railway line, and Botanic

Gardens Railway Station remains today, in a derelict state, as a remarkable example of a disused station. It is hidden behind some trees and a metal fence blocks access to the platforms. 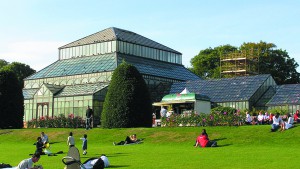 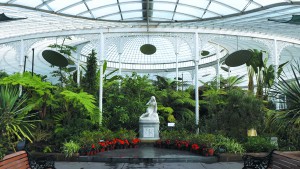 This Sir Joseph Paxton designed park is a classic example of a Victorian park. Its design and setting on the banks of the River Kelvin enhance and compliment the many magnificent buildings which surround it, and the world renowned art gallery and museum prominently featured within.

Kelvingrove Art Gallery and Museum is one of Scotland’s most popular free attractions. Opened in 1901, the museum has 22 themed galleries displaying an astonishing 8,000 artefacts and is a recognised collection of national significance. 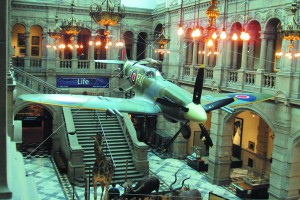 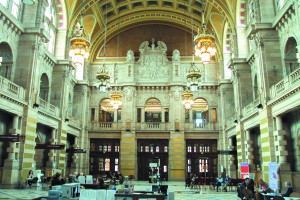 Glasgow School of Art is Scotland’s only public self-governing art school, offering university-level programmes and research in architecture, fine art, and design. The school is housed in one of Glasgow’s most famous buildings, often considered the masterpiece of Charles Rennie Mackintosh, built between 1897 and 1909. The building was severely damaged by fire in May 2014. 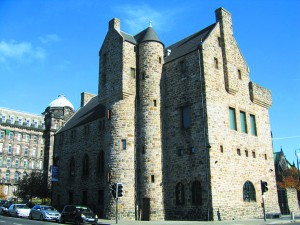 The award-winning St Mungo Museum is a haven of tranquillity within the bustling city. This museum is named after Glasgow’s patron saint, who brought the Christian faith to Scotland in the 6th century. Its galleries are full of displays, artefacts and stunning works of art. The museum sits across from Provand’s Lordship, which is the oldest house in Glasgow, and alongside the medieval Glasgow Cathedral, making it so easy to visit all three. 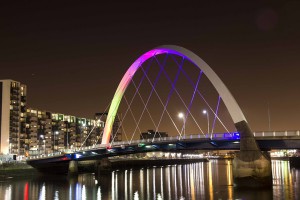 The area of Glasgow now known as ‘Merchant City‘ was developed from the 1750s onward. Residences and warehouses of the wealthy merchant ‘tobacco lords’, who prospered in shipping tobacco, sugar and tea, were built in the area. This district formed the historic backbone of the city. The Merchant City has been promoted and built up in recent years as a residential, shopping and leisure area.

This article is sponsored by Airport Travel Dundee Ltd.