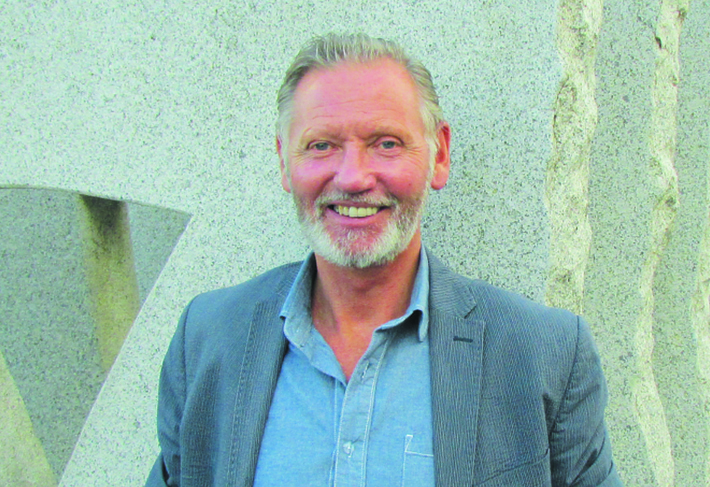 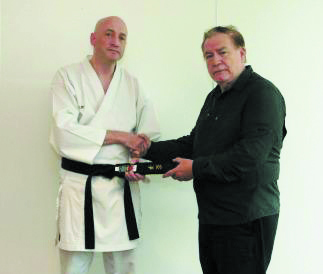 Back in our festive issue of 2014, we interviewed Hollywood actor and Dundonian Brian Cox and we were inspired by his toughness and determination to keep his career going for over half a century. No matter what vocation you are involved in, it is an amazing achievement to maintain the thing you love successfully for fifty years. Months after our meeting with Brian, we stumbled across another tough Dundonian, Jim Kidd, who has been practicing and teaching karate for fifty years. It coincidentally turns out that Brian Cox received an honorary first dan black belt from Jim’s ‘University of Dundee Karate Club’, as Brian is the university rector there. We were therefore delighted to meet another master of his game.

Warriors from the East

Born and bred on the old Hawkhill, family man Jim spent his tough forty year working career as a slabber – paving roads and pavements all over Dundee. It was at nights and weekends that Jim’s martial passion would come alive. In 1965, aged sixteen, Jim was inspired by a science fiction book he read, about a futuristic karate warrior who used an ancient Japanese martial art to kill enemies with his bare hands. Jim was soon after inducted into Dundee’s first Shotokan Karate Club, run by a tough mill worker, Bill ‘Wullie’ McGuire, at Dudhope Castle.

“It was like gettin’ interrogated, there was ten people in the room, I got through by one vote!”

Once in, Jim earned his black belt quickly and was soon teaching others. The six day per week training regime was, as he put it, ‘religious’. This was in an era when there was a genuine fear about this mysterious martial art from the east. Brutal, hard and dangerous; you were trained in self-defence, to kill an attacker with your bare hands. Bill McGuire encouraged the enigmatic Japanese karate masters to come over to Dundee.

“You needed a licence to train and had to register with the local police.”

The Japanese influence continued with regular visits from Master Kanazawa (below left) and then a visit from Japan’s highest living master of Shotokan karate, Master Nakayama (below middle), second only to the founder of Shotokan, Master Funakoshi (below right). This confirmed Dundee’s reputation as a karate hot spot of Europe. 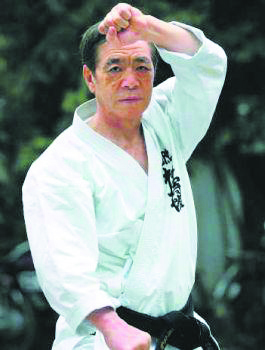 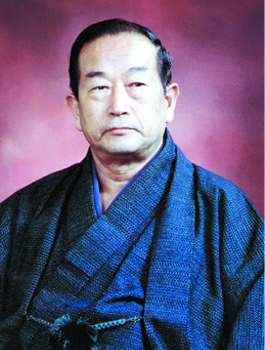 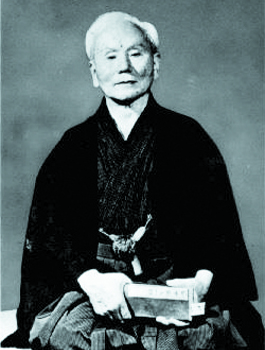 Masters of the West

Eight years of training and commitment were to be rewarded in 1973, when Jim was chosen as the only Dundonian to represent the Scottish national team at the European Shotokan Championships in Valencia, Spain. Jim and his tough group of fellow Scots won the team event, beating the world champions at the time – France, on the way to the final.

“That was some team, when eh think aboot them, they were like supermen some o’ them.”

The English team celebrated with the Scots and even bought them champagne. The next day on the beach the English asked the rest of the Scots, “Where the hell does Jim come from? We can’t understand a word he says!”

“We were stayin’ in five star hotels a’ paid for by the inviting governing bodies, we were like karate rock stars o’ the time!”

Jim was to get his own flash of enlightenment in 1977, when he formed the Satori Karate Club with lifelong karate colleagues Boab Barrowman and Rab Kane. No longer part of Satori, Jim still remembers them both fondly. We asked Jim what it was at that time that he really loved about karate,

“Eh think when eh really got into it, it was the whole beauty of karate, the stances, the katas, the movement, the legs, the hands, the blocking and technique, it was just poetry in motion” 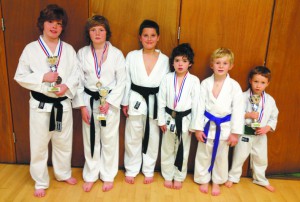 Currently under consideration to become a sport at the 2020 Olympic Games, Shotokan karate has evolved over the years into an international accredited sport with millions of people, both young and old, now involved in one form or another. With the help of one of Jim’s protégés, Ian Rennie (6th dan), the Satori Karate Club is still evolving,

“We now have boys and girls training at the club from very young ages, Shotokan karate has become a family sport. We even have the mums joining in as well…”

So what is it that gives this SKGB accredited 8th dan karate master, and current chairman of the Scottish Karate Association, his zest for life at the age of sixty-five? Jim reflected,

“Eh’m more inspired now than ever, eh love teaching the younger kids and seeing them developing their ane skills and technique and ultimately their confidence, that gives me a real buzz and keeps me young.”

Spending time with Jim really was inspiring. Not only was he hugely passionate about karate but he was also incredibly passionate about the city he comes from and giving something back to the community. We asked him why he loves Dundee so much and why he thinks we produce such tough and determined characters,

“I’ve always loved it, I’ve never wanted to live any place else…”

“We’ve always had a mind of our own and dinna follow suit with the rest o’ Scotland.”

Come along to one of Jim’s clubs and step into the mystical east knowing that you are in the safe guardianship of a true Scottish karate master. 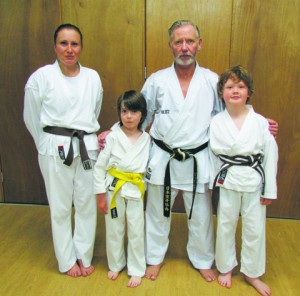